Finished piano island… back to the kitchen.

A refresher: we live in an old Victorian house + I love old/giant/impractical objects = an antique grand piano kitchen island.

The last time you saw the repurposed-piano kitchen island, we had designed the storage, and built and installed the drawers… but we still needed pulls for the drawer faces.

We couldn’t finish the front without knowing exactly what the hardware would be.

If you’re new, this is the post to read to understand the how/why of the design details… here’s the series of piano posts: getting it, epic quest, deconstructing/gutting, debating design, building drawers.

This is where we were:

It took me THIS long to find handles that I loved.

Which is the precise problem with trying to create what lives in your imagination, rather than simply going to the store and choosing from options that actually exist. 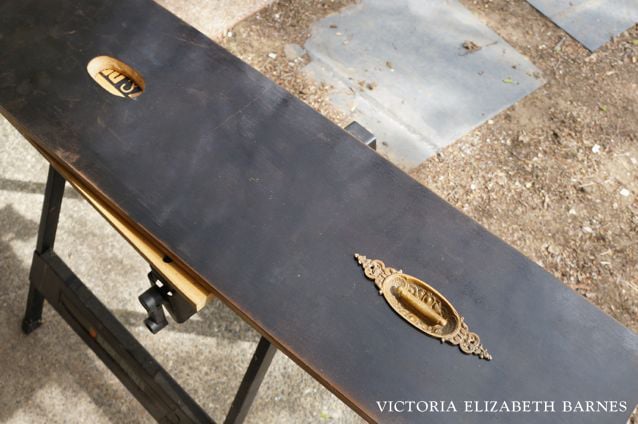 I wanted something brass. That was large. And appropriately fancy. And of course old. And I needed three.

And just to make it impossible, I also wanted something recessed into the wood so that the hardware wasn’t disrupting the line/visual/some detail I have in my head that doesn’t matter to anyone else.

I thought I might end up compromising on something like this; choosing simplicity and BEING FINISHED, over MORE LOOKING.

But then these finally showed up. 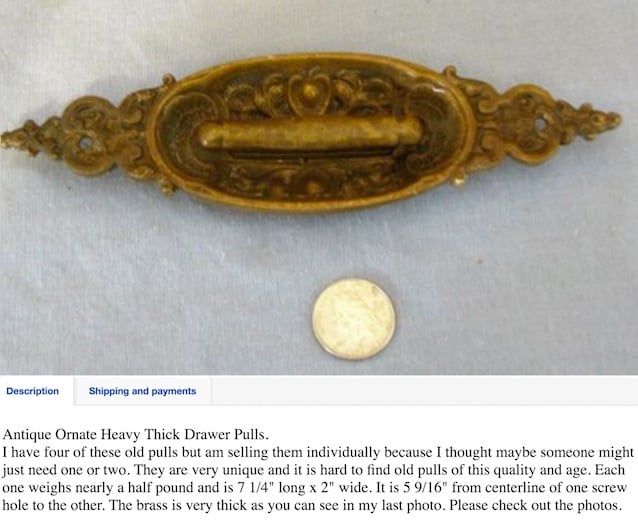 I spent the last year digging through boxes of hardware at auctions and salvage yards…and I also saved about 900 search-term combinations on eBay.

Every phrase I could think of related to: brass/antique/hardware/drawer/pulls/Victorian/ornate/heavy/giant/recessed/fancy.

Which meant I spent a lot of time wading through ebay-notification emails… and plenty of time being disappointed when I found something I really liked! But ARGH! Was only one or two, rather than the set of three we needed. 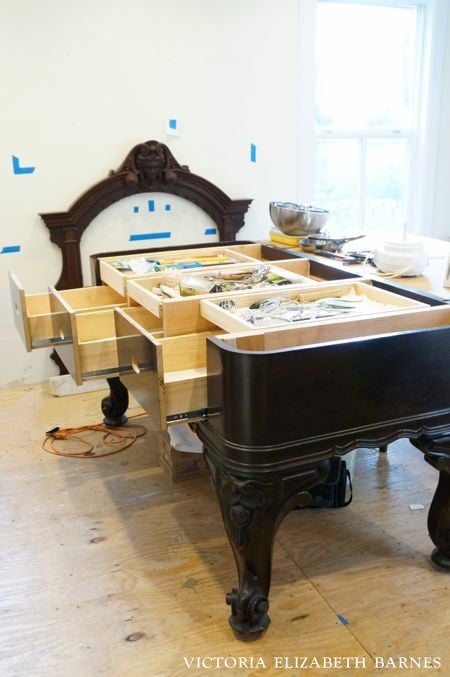 The front/face hides a double-decker drawer that provides a LOT of storage and organizing options, while keeping the exterior appearance simple and true to the original style of the piano.

We skipped hardware for the skinny drawers under the piano, because you just grab the bottom/under lip. 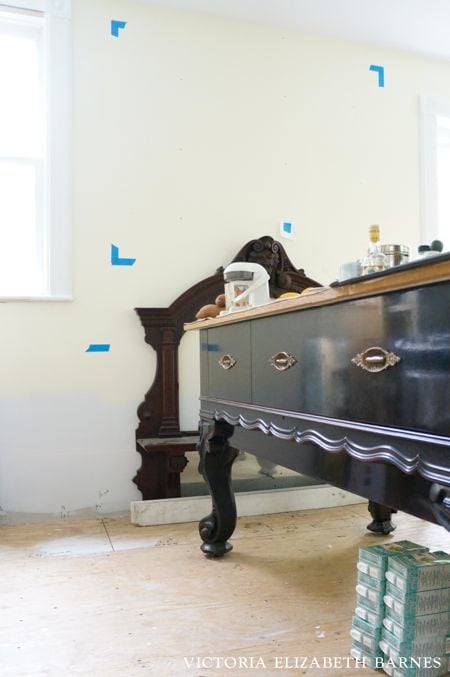 I was a little bit worried that trying to grasp the centerpiece/handle bit would be an issue, (obviously I ignored this possible problem in favor of visually getting exactly what I wanted) but it turned out fine – you don’t actually pinch the center bar, you just put your fingers underneath the handle’s lip, like a cup pull.

A video posted by Victoria Elizabeth Barnes (@victoriaelizabethbarnes) on May 5, 2016 at 7:07am PDT

New topic: The last time I wrote about the kitchen, we took out the half bath and ripped up the floor in the addition… at the time, Elvis was reaching the end of her vet’s-best-case-scenario-hypothetical-timeline and the LAST thing I wanted was to have a lot of chaos if she was fading. I cannot overstate my gratitude that she is somehow still here! And my preference would be to continue to postpone all kitchen stuff indefinitely and spend whatever time we have left taking her outside to supervise the squirrels.

HOWEVER. Elvis and I live with this other person… and this other person has some scheduled vacation time coming up. And if he doesn’t get to use it work on the kitchen, his head will explode.

And seeing as how the man drove 14 hours in two days to make all my dreams come true, it does seem like the very LEAST I can do is try to keep his skull intact. So. We’ve ordered windows for the back wall… theoretically, it will look like this… BUT FANCIER. 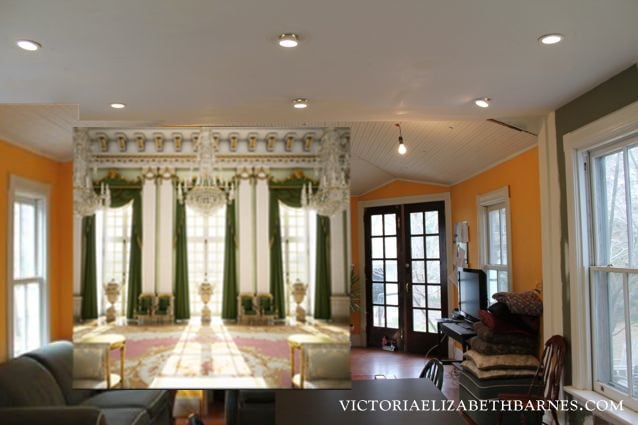 Now I have two important announcements: 1. My career as a motivational hoarder is beginning! I will be in New Hampshire, in October, speaking about self-actualization through Giant Fancy Things.

Magically, this will put me 20 minutes from my best friend, AND allow me to shop a BARN FULL OF GFT’s (and also SFT’s— SMALL fancy things, and also hopefully BFT’s— BROKEN fancy things)… and if they give me a microphone, a kitten, and a Marine, my life will be complete. I really, really, REALLY hope that I’ll get to meet some of you! (But please do not try to buy anything I am interested in.)

A photo posted by Victoria Elizabeth Barnes (@victoriaelizabethbarnes) on Apr 18, 2016 at 10:17am PDT

2. I am LIVING for this necklace.
It’s BLUE! It’s SHINY! It has TASSELS! It’s WEIRDLY LARGE!

But to truly enjoy the necklace as I have, you have to buy two… then you have to remove the fringe from one and add it to the other… This should take roughly 14 hours, and involve two pair of needle nose pliers and a deep desire to stab someone; and also give you ample time to question your life-goals.

I had more to say about this, but then I remembered that I have already written an ode to necklaces. I revisited it, and I still like it. It’s an early post, and I use the s-word; because it was before I rooted out any offensive element of my personality so that I would appeal to as many people as possible… leaving only the bland shell you see before you today.