After we decided to put drawers in the piano, I spent a few days doing mockups… because I know nothing of building furniture, I was not restricted by things like feasibility. 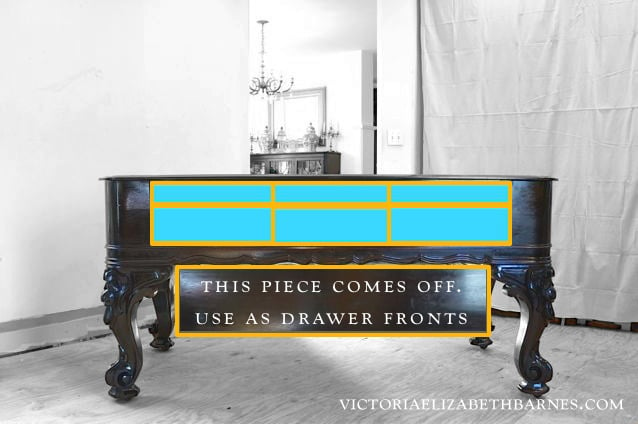 Paul looked at my idea and said– super! I’ll get right on it!

What Paul really said was – why don’t we just have open space? Then you can throw whatever you want in there.

I felt flames coming out of my eyeballs, because I CANNOT BE THE VOICE OF REASON… It violates all acceptable-world-function. 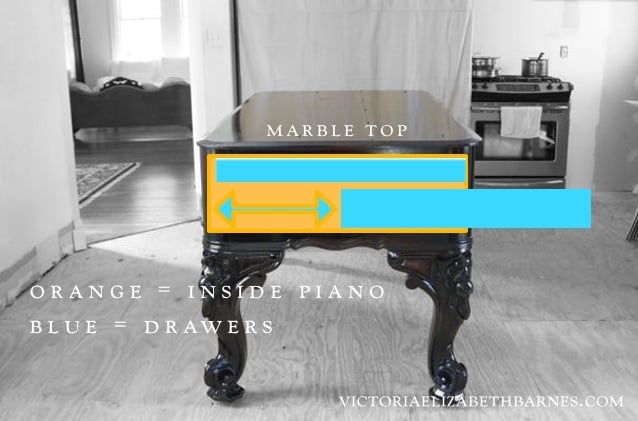 But then, one day, Paul decided that he would make the drawers.

I would like to think this is because he realized the genius of my idea which will soon qualify me for the Noble Prize in creative kitchen design.

But it is more likely that he simply completed the mental circuit of: why-is-Victoria-being-so-…-wait-an-idea-…-hmmm-that-is-interesting-…-what-if-I-…-reverse-engineer-this-part-…-I-could-also-do-this-other-thing-…-where-is-my-pencil?

From then on, he proceeded to act as though HE had thought of the drawers. He even said things like– these drawers are going to be GREAT!! You will be able to fit so much stuff in them!!

As though this was not my original point.

However, he has totally redeemed himself… reversing his original advocacy for bowling alley storage, he has taken my idea and improved upon it 10,000%.

So I guess when the Nobel Prize committee calls me, I will be forced to share the glory and press coverage with Paul.

This will be twice as much work for me, because I will have to write his acceptance speech, as well as my own… I fear that, left to his own devices, Paul might fail to acknowledge my position as Kitchen Muse and general bringer of splendor and fabulousness to his life.

Everything you are looking at still needs finished drawer fronts, but I could not wait to show you!!!

The drawer fronts are where the keyboard used to be… to get a sense of how the piano was put together, go here and see us deconstructing it.

Now for a video… I need some more time to edit my dissertation on designing and building piano storage.