The problem with the Internet is that you can buy stuff in the middle of the night.

Last year’s Christmas decorating gave me a new appreciation for the internet. The sheer volume of ideas, stuff, useless suggestions… all left me feeling not warm or fireside cozy. But instead made me agitated and scrambled.

I said that this year I was only going to do VERY SIMPLE holiday decorations… that I would not get sucked into the vortex of hauling out all the stored boxes of chaos… I was proud of my decision to embrace sanity over blog content. But then Paul was away for a few nights.

I never sleep well when he is gone, (everyone knows that is when the ax murderers get you). And late one night I got on Pinterest. 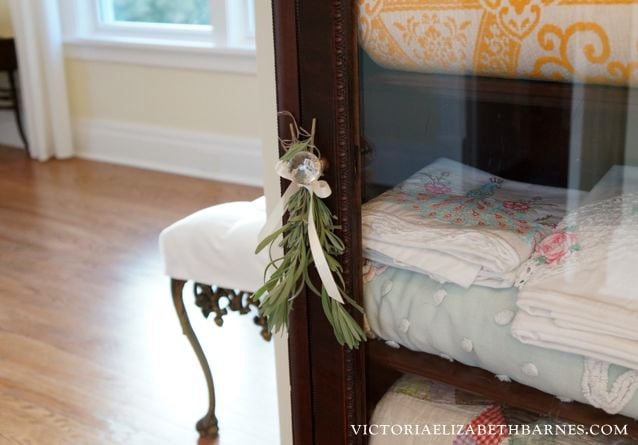 After an hour of rabidly mindless scrolling, I was consumed with a mad desire to fill my house with holiday festiveness.
And burlap.

It was a deranged zeal for house, and home, and tips for cleaning with vinegar, and chalkboard art, and 10 easy crafts to do with plastic spoons.

The Glitter Troll marched out and started singing “Don’t Stop Me Now.”

She said– bring me some of those fireworks that come up from the footlights at Cher’s concerts… WE NEED PYROTECHNICS, not THIS NONSENSE. 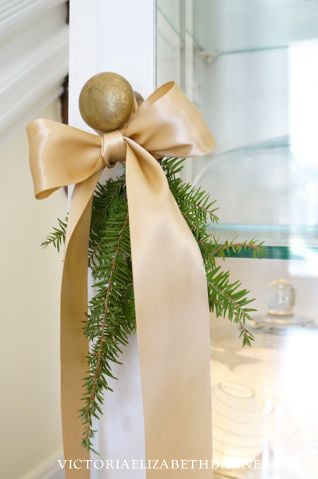 The Glitter Troll hopped up and down and pointed accusatorily– what is this? Little House on the Prairie? Or maybe some kind of avant-garde experiment where you attempt to bore your readers to death?

I was embarrassed. What WAS I thinking? Why did I think I could substitute simplicity and free time for interesting blog content?

This newfound enthusiasm drove me to revisit the concept I had originally planned but decided against in the name of mental stability and ratio of limited amount of time on earth vs. how much of your existence you should spend doing Christmas decorations.

And because it was one in the morning – a time that has a hallucinogenic effect on your judgment— myself whispered in my ear: you should totally do that idea.

It would be FUN.

AND APPARENTLY AFTER THIRTY-SEVEN YEARS ON EARTH, I STILL CANNOT IDENTIFY WHEN MYSELF IS TOTALLY LYING TO ME. 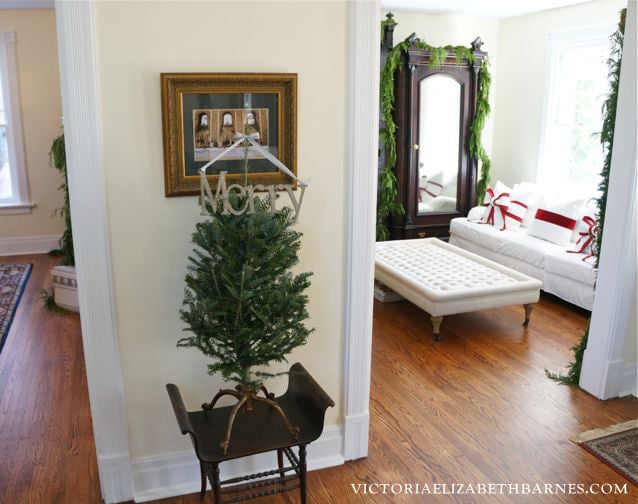 So I had this idea… a concept… And my concepts are always dangerous because they are not ever solutions for clean energy or world peace.

They are only ever a better way to waste more time.

And this particular concept required that I order supplies similar in size and scope to decorating a float for the Macy’s Day Parade.

As I loaded up my Amazon cart, I spoke sternly to myself – saying things about how this was really NOT a good use of my time… But self ignored me.

She continued to scamper around; flinging more and more things into the cart with no regard for the person who was going to receive this metric ton of shiny crap.

I hit “buy it now” with what I can only describe as hostile enthusiasm. 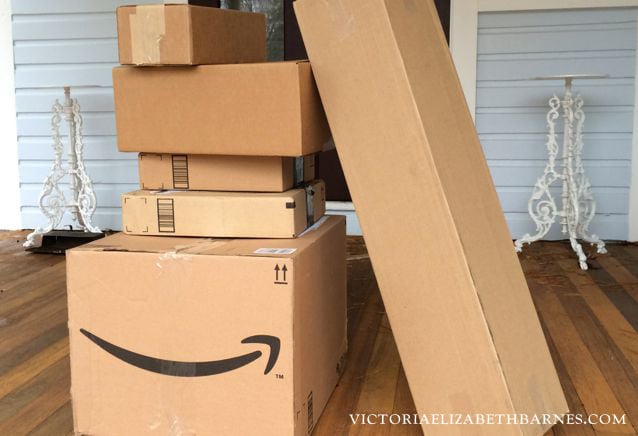 A few days later I came home and and there they were – a plague of boxes that I had brought upon myself.

They were SUCH big boxes. And I said to myself – WHY? Why SELF?? Why did you order all of this stuff?

Self said– just leave it out there. Maybe someone will steal it and then you won’t have to deal with it.

Then self scurried into the house and turned her back to me.

I was like – fantastic, self. That is fantastic. Thank you. 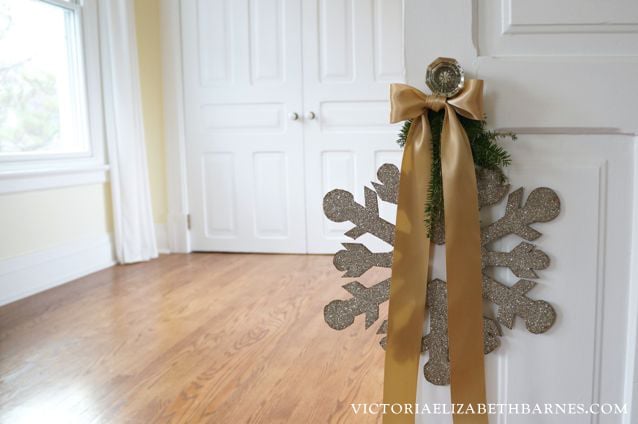 When Paul came home he said – what is all that stuff out front?

I said – that is compulsiveness.
Combined with impulsiveness.
Intersecting with a desire to win the interesting blog-content contest.
Overlaid with my attachment to the approval of strangers on the internet.
Hampered by indecision.

Paul said— so, essentially crap?
I said— essentially. Yes… and I cannot decide if I have the will to spin it into gold.