LUCK on your side… a gift for my best friend.

A few weeks ago, my best friend Lara, had the pleasure of walking me through one of those experiences that initially appear to be soul-crushing and life-destroying.

Although, later are revealed to be less than significant… and possibly blown out of proportion… and maybe even a figment of your imagination.

Lara and I have been performing emotional-triage for each other since 1990… bound by the lifetime-service contract we signed at the age of thirteen.

And a man with a ponytail.

Ever since we got married, the workload has decreased significantly.

I don’t even remember the last time I called Lara in a panic… Not because I’ve magically gotten my shit together… but because Paul has picked up most of the responsibility for listening to me speak at length about whatever it is I am melting down about.

After I got off the phone with her, I realized I had actually FORGOTTEN how Paul does not measure up.

It’s no fault of his– it’s just that Lara is so much better at assuring me that what appears to be happening, is not actually happening.

There was a time when Lara or I could lie on the floor, nearly comatose with reality—and the other one would say—don’t be silly! There is NO WAY that is going to happen.

Regardless even if it had ALREADY happened.

When we were 22 we could say—WHAT?  Please.  It’s NOT raining… As lightning struck, and the power went out, and the apartment flooded.

I met Lara when I was thirteen…  A treat for anyone, I assure you.

And then getting up the next day and being like—oh, thank God!  You’re awake.
I HAVE SO MUCH MORE TO SAY ABOUT THAT.

For over two decades, our conversations were like a mutual archeological excavation…  Like we’d wandered off into a field together, and noticed something sticking out of the ground.

And said— oh, look…  What’s this here?  This looks interesting.  We should dig it up.

And then four days later, still being in the exact same spot.  But twenty feet down.

Saying things like– here!  Look at this! Right here!  This spot!
And attacking it madly with our shovels. 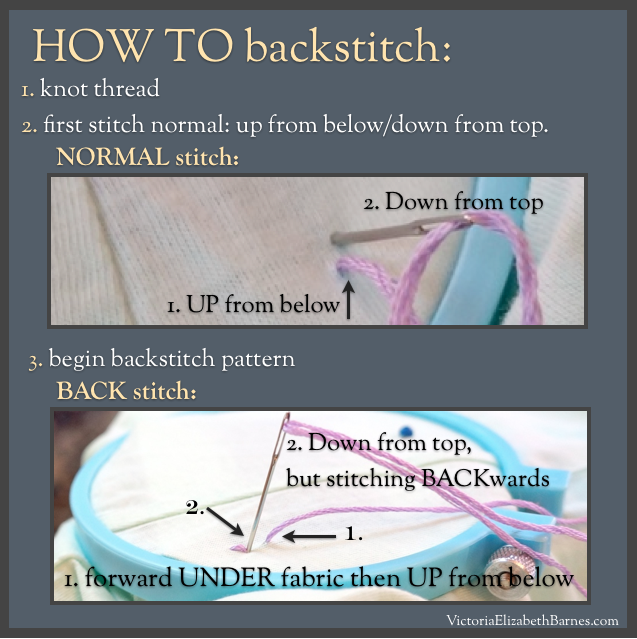 That field we lived in while fifteen, and sixteen, and seventeen… really didn’t change much for a long time.  In our early twenties, we were still out there… Filthy.

Wearing miner’s helmets in the dark, and speaking our own language.

Examining every pebble.  Every speck…  Is this something? I don’t know.  Maybe.  Let’s get out the microscope, just to be sure.

In fact?  All of our ex-boyfriends can go ahead and write us a check right now.  For services rendered.

Regardless of the fact that they weren’t actually there… they must have benefited from our in-depth analysis… Metaphysically, perhaps?

Except the ponytailed one.  You owe us nothing.  We could never figure you out.

We used to send each other stuff ALL the time.  Letters.  Stuff we found.  Stuff we made. Stuff we thought was funny… Plus, I kind of owed her a t-shirt.

Recently, Lara’s been having lots of stress over things outside her control… buying a house, moving…  other life-stuff that always pops up at totally inconvenient times and usually involves other people being idiots.

So when I saw this t-shirt idea on DesignSponge I thought it was perfect for her.

Plus, now that I write a blog, I’m contractually obligated to do crafty shit.

In fact, I’m in danger of being fined by the blog-police for the absolute dearth of bows, tutorials, and burlap-related projects here.

Originally, I wanted to embroider something less banal than luck. But then I realized it works because it’s short.  Unless you’re like me and decide to do the most giant luck you can fit. 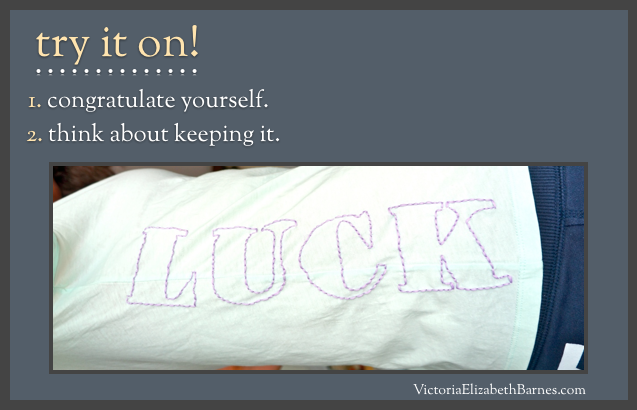 TIPS:
Design Sponge recommends using a piece of cloth as backing… which as the daughter of a woman who is more Martha Stewart, than Martha herself, I have to tell you that is NOT correct.

However, I personally used computer printer paper… which Martha would also tell you is technically not correct.  At all.

Since the t-shirt I used was so light in color, my template was visible through the fabric.  This meant I could skip about four steps.  I didn’t have to iron-on a template, or even buy anything aside from the actual tee… and the paper was great to give the fabric some stiffness, and then tore away easily.

But, if you’re using a dark color tee, or a heavier fabric, you’re going to need to do the whole tracing paper/mirror-image thing… The Design Sponge tutorial isn’t hard, and I think you can kind of figure it out as you go along.  It really is a pretty easy project! 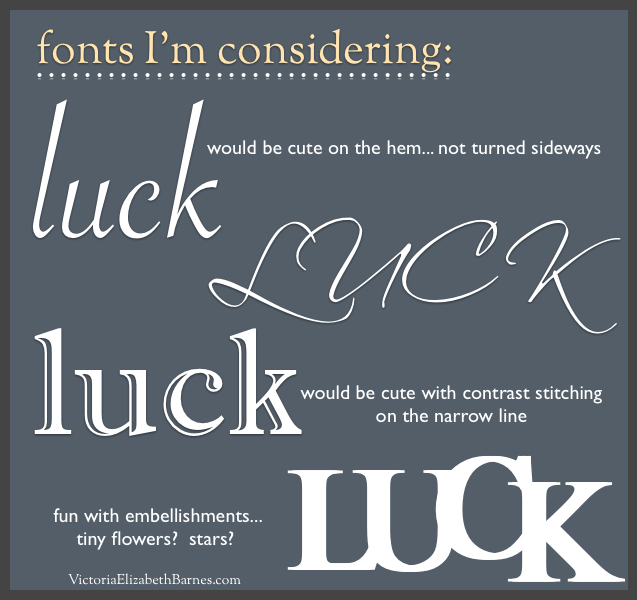 I used the block letter for my template.  Design Sponge also has a template for script, but I thought it was a little harder to read.

At the time, I didn’t think to play with the font… but if I did it again, I’d choose something different.

You could use any font you wanted… but keep in mind how you’ll stitch the outline, and any odd connections or font irregularities.

I’m planning to make one for myself, and I’m thinking about using something more whimsical… I’m not sure how that will play out with thread, I’d like something a little more elaborate, but still easy to read.

I will love you EVEN MORE… if you share me with your friends!

How to grow cuttings: pinching and rooting. Our solution to a window in the shower.