Paul and I had an appointment to go tweak our kitchen design over the weekend.

I was excited!
Or… I thought I was.

About an hour before we were supposed to go, Self slammed on the brakes. Wrenching the wheel to the left, she steered the car directly over the edge of the cliff.

I said – wait, Self!
What is happening?
Why are we driving off the cliff?
Why are we plummeting to a fiery wreck?
Why don’t we just go and order cabinets?

And Self was like– no one knows!  Death before commitment! 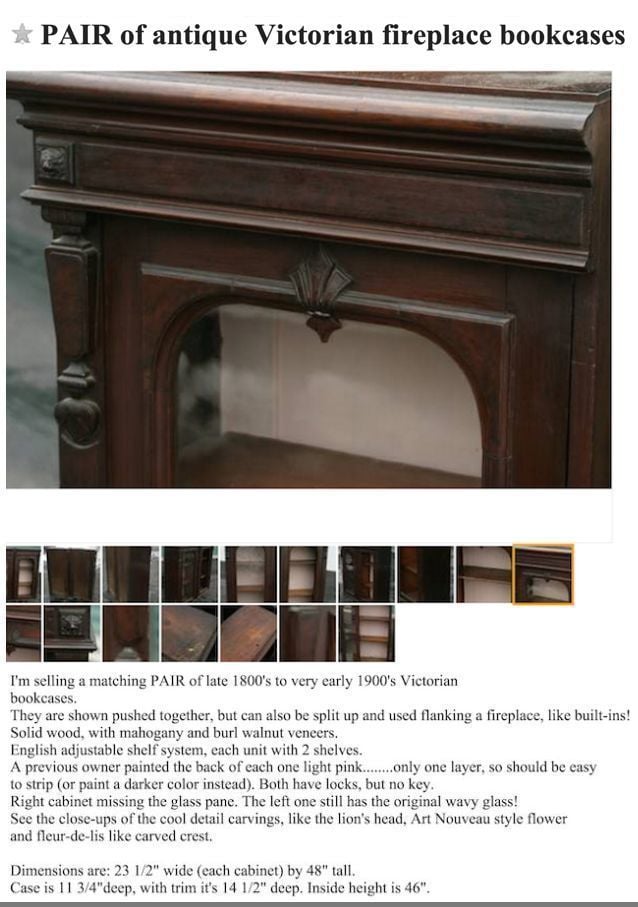 The Acquisition Troll said– yup. For sure. THOSE are your kitchen cabinets.
No need to think about it.
Hurry.

And the thing about Rage Paul is that I always understand.
At first.

But eventually, I lose patience because I am NOT doing this to aggravate him.

This is who I am.

I am SORRY that I am engineered in the most specific way possible to make you insane. HOWEVER. What do you want me to do? As far as I know, there is no surgical option for a personality transplant. 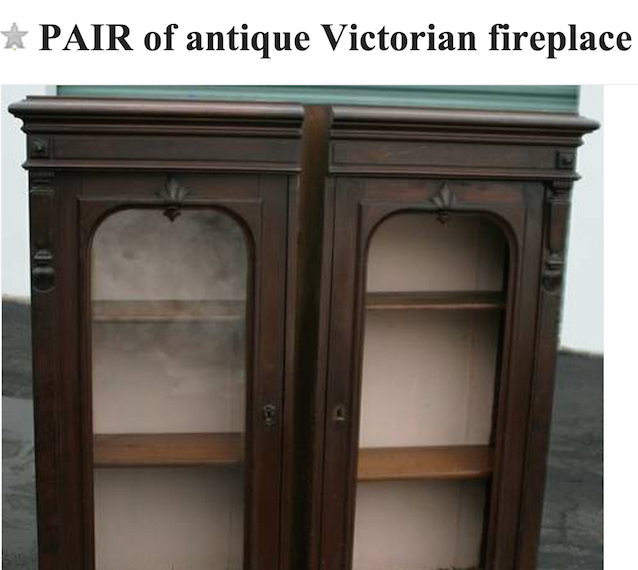 But eventually, my understanding begins to wears thin. I begin to construct in my head, dissertations on the theme: Self has feelings too, you know.

After a while, the mental-dissertations get pretty righteous.

I start to get mad at Rage Paul. Because I ACCEPT him… But Rage Paul, does NOT accept Self.

This seems deeply unfair and it makes me want to remind Rage Paul that he chose me… He COULD have married someone else, but apparently, he WANTED this in his life. How is that my fault?

Also, I could point out that Rage Paul is just as illogical as Self… After all, Rage Paul says things like– I cannot even talk to you right now. And leaves the room. And then comes back in to talk at Self at top volume.

But I cannot say any of that. Because technically this is all my fault.

And also because I cannot make it worse… Because I need Rage Paul to agree to go and look at these bookcases. 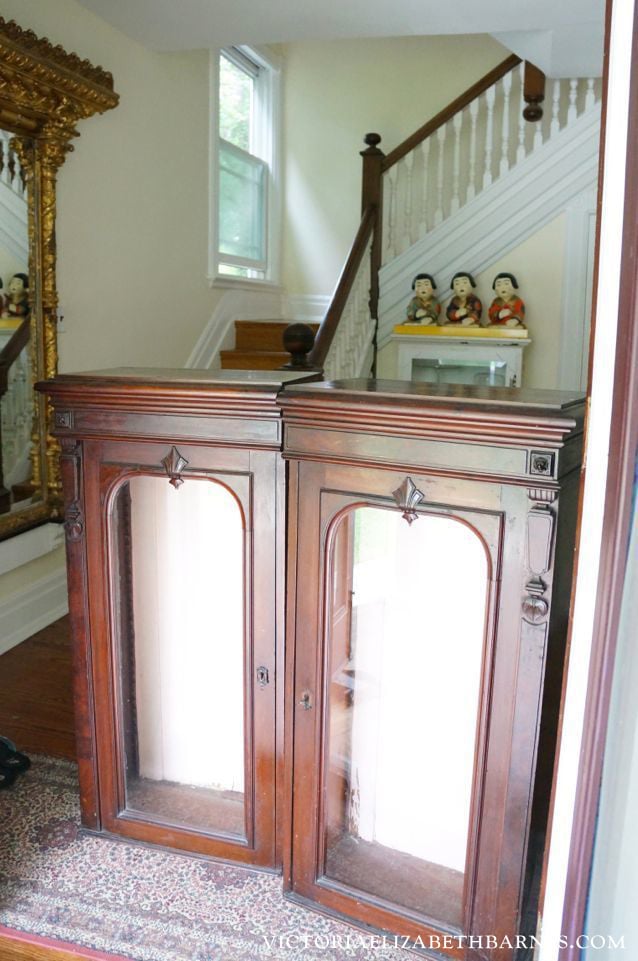 Then I am going to need him to agree to overpay for them. Because Self BELIEVES THEM TO BE THE THING.

Although later it will be revealed that they are not the thing… and that in reality, Self was suffering delusions brought on by fear of commitment, and agitation at losing out on Giant Fancy Things, and also because Self has restraint issues and hoarding issues and a host of other avoidance-based coping skills that always make a flaming pile of mess that someone else needs to sort out because Self cannot deal with it. 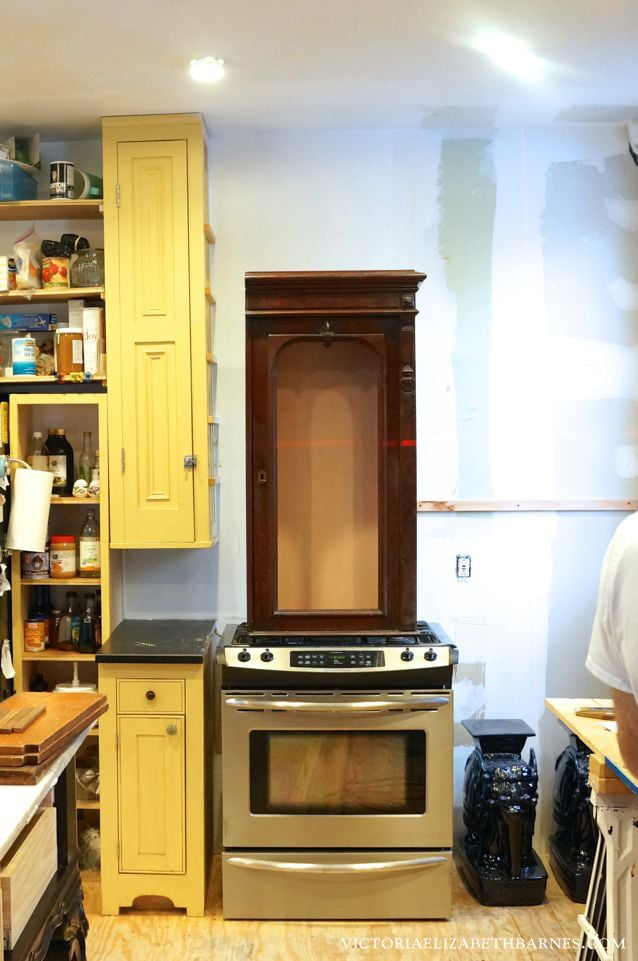 As soon as we got home, Self was finished with the event and wanted to read in bed with Elvis.

A GFT acquisition is mentally tiring and requires extra time for recuperation… but even Self was aware that she needed to pretend to be ongoingly-enthusiastic, otherwise Paul’s head would explode.

We brought a bookcase into the kitchen and screwed a cleat to the wall, just below where I wanted them to hang.

Then we stood back to see what we thought.
Then we moved it to the right.
More right.
Up.
More up.
Further right.
Up more.

Then Self slunk off… scurrying away to her cave and leaving me alone to tell Paul that maybe this was a mistake. 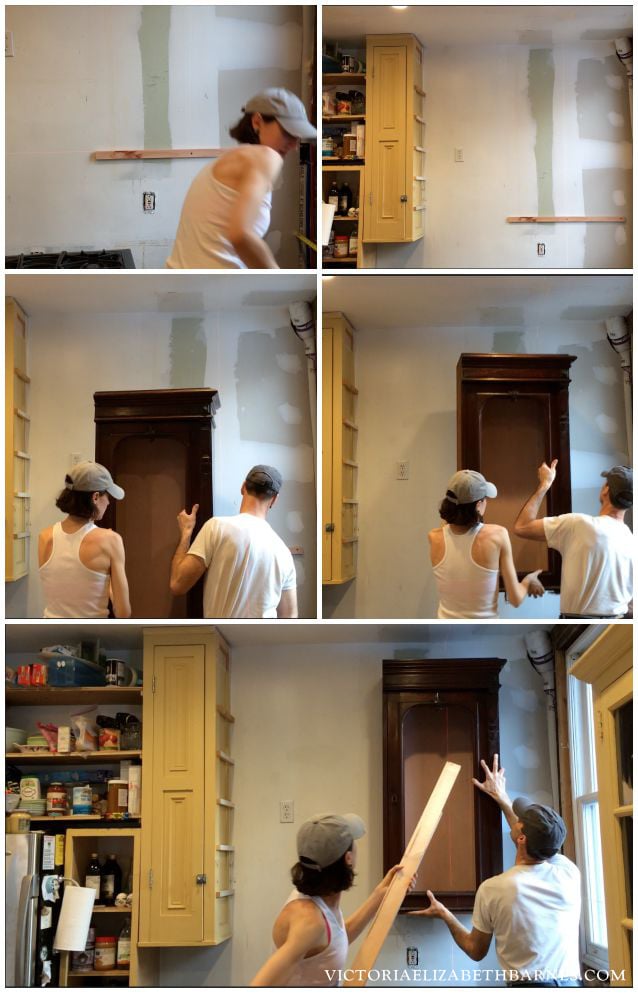 Because it turns out that now that the bookcases are safely mine, and there is no risk someone else will hoard them, I can acknowledge that POSSIBLY my plan was flawed.

Which is ironic, because Self told me this idea would save money.

Self had claimed to be worried about the financial equation of catbaby with cancer eradicating budget for kitchen remodel.

I have no idea if Self actually had good intentions or if this was just a ploy to skirt reasonable decisions. 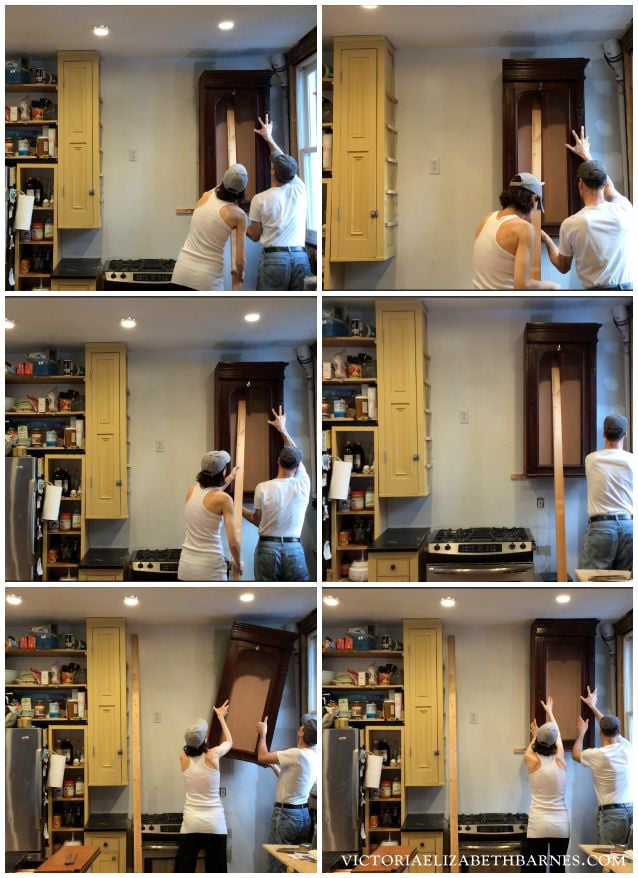 Standing there in the kitchen, with half a bookcase on the wall, and half in the foyer, and surrounded by the general kitchen-chaos, vacation-mess-still-not-sorted, pounds of tomatoes, and other evidence that I am failing to be organized and adult… I felt defeated.

These are ALMOST exactly what I wanted… But if I had taken more than seven seconds to really think it through, maybe I would have seen them as a representation of THE THING. Rather than the ACTUAL thing.

Why do I have to be so impulsive?
Why is ambivalence never in my emotional vocabulary?
Why am I always running forward in seven directions at once?

Why am I so good at love, hate, joy, anguish… and terrible at the part where you pay attention… and put one foot in front of the other… and not wander off to examine the bark in the indecision forest? 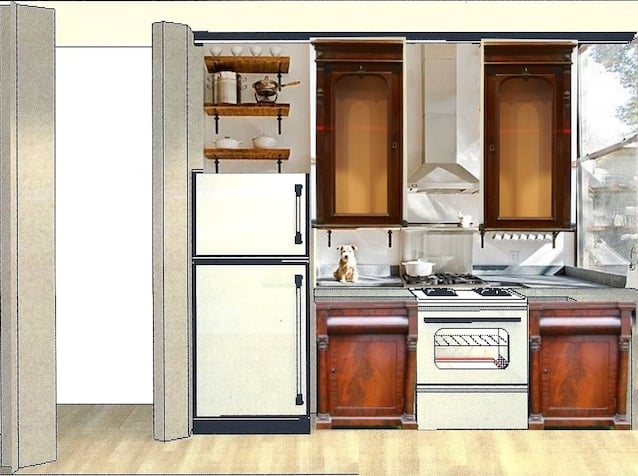 I was pretty sure this would be the last straw for Paul; but when I told him— I’m sorry, this was a giant mistake… He just said— okay. Where do you want to put them?

I said— are you angry?

He said— no. I am feeling good…the Lobotomy is really working out.

see all my Craigslist treasures